The Alexander Turnbull Library was originally opened to the public in 1920, and is now a part of the Information and Knowledge branch of the Department of Internal Affairs, which also includes Archives New Zealand and Government Information Services. It works to collect, protect and preserve the documentary heritage of New Zealand and contains both published and unpublished material.

Bristol Record Office was established in 1924 and was the first borough record office in the country. Home to 800 years of Bristol's history, the Record Office collects and preserves records relating to the city of Bristol and the surrounding area for current and future generations to consult.

The British Library was established by the British Parliament with the British Library Act, 1972. Serving business and industry, researchers, academics and students in the UK and worldwide, their holdings feature 3,000-year old material alongside today's newspapers. The library's collections include over 150 million items, comprising manuscripts, maps, newspapers, magazines, prints and drawings, music scores and patents.

The Brotherton Library opened in 1936, and the Brotherton Collection was amalgamated with Special Collections in 1993. Special Collections contains over 200,000 rare books, and thousands of manuscripts and archives covering a wide range of subjects. Highlights include a selection of propaganda posters from the First World War and a first folio of Shakespeare's plays.

The earliest specific references to a library or collection of books at the University of Cambridge appear in 1416, and this was more formally established as the Common Library of the University at the beginning of the fifteenth century. Material within this resource has been taken from the War Reserve Collection within the Rare Books department, which holds an extensive array of books, periodicals, pamphlets and ephemera relating to the First World War.

The City of Westminster Archives contains a wide array of material relating to family, local, business and community history. Included in their collections are manuscripts, books, over 60,000 prints, newspapers, journals, parish registers, business archives, and local government records dating from 1460.

Glenbow Museum has been a key cultural cornerstone in Calgary since 1966. Glenbow’s collection represents Western Canadian art and culture, both as a repository of important cultural history and as a living record of contemporary life. This collection includes over a million objects, documents, photographs and artworks and makes Glenbow one of the largest museums in western Canada.

The Coventry History Centre, located within the Herbert Art Gallery & Museum, holds the City's Archives, as well as a wealth of material on the history of the people and buildings of Coventry. Its collections range from manuscript and printed book, to sound recordings, digital records and photographs.

The Essex Record Office is the main repository for documents relating to the history of the county, its buildings and its people. These include parish registers, census returns, wills, estate records and building plans.

The Hauptstaatsarchiv in Stuttgart was originally founded in 1482 and contains the ministerial collections of the government of Baden-Württemberg and the archives of the former central agencies. The earliest records date from the eighth century, and an audio-visual archive was added in 1990. 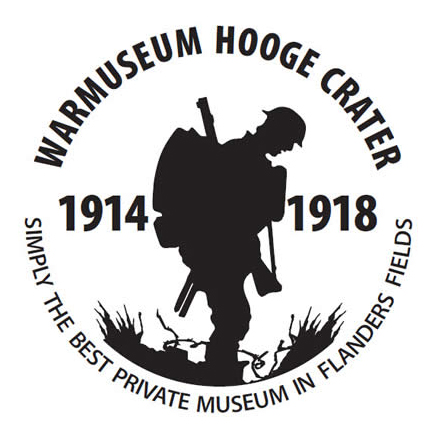 The Hooge Crater War Museum, opened in 1994, is a private museum with unique collections of weapons, uniform, equipment and photographs from the First World War. It is situated in a chapel built on the Hooge Crater cemetery, and also features full-scale reconstructions of war-scenes.

The Hoover Institution Library was founded in 1919. The archives were originally a repository for documents and ephemera from the First World War, and now contain over 5,000 separate collections on twentieth-century history and politics.

Imperial War Museums contain material relating to a wide range of conflicts involving Britain, the Commonwealth and other former empire countries, from the First World War to the present day. The collections range from film and audio accounts, personal letters and diaries, and works of art.

The William Ready Division of Archives and Research Collections is the principal repository for rare books, archives, antiquarian maps, audio-visual materials and related historical material at McMaster University, Canada. The collections include over 125,000 book titles and 3,365 metres of archives.

The National Archives is the UK government's official archive. It holds over 11 million historical public and government records, from the Domesday Book to modern government papers, electronic records, photographs, maps, drawings and paintings.

The National WWI Museum at Liberty Memorial, Kansas City, Missouri, was designated by Congress as the United States' official World War I museum in 2004. The original museum, then known as the Liberty Memorial Museum, began in 1920 to collect documents and materials relating to all nations involved in the First World War, and now contains over 75,000 items.

Over the Top Collection

The Over the Top Collection is a personal collection of equipment and uniform from British, Canadian, Australian and New Zealand units. It features items such as helmets, compasses, trenching spades and gas masks.

Established in 1963, the Robert Opie Collection is the world's largest collection relating to British nostalgia and advertising memorabilia. The collection, which tells the fascinating story of Britain's consumer society, lifestyle and culture since the Industrial Revolution, now contains over 500,000 intriguing items.

The Sanctuary Wood Museum (Hill 62) is a private museum which contains an area of preserved British trenches in the Ypres Salient, Belgium, left as they were in 1918, with the addition of some corrugated iron reinforcements in places. The museum collection contains a variety of battlefield relics, including a British Army cook's wagon, empty shells and abandoned equipment.

The museum and archives of the Soldiers of Gloucestershire Museum hold in trust the collections of the Gloucestershire Regiment and the Royal Gloucestershire Hussars, including a database of names of those who served in the First World War, uniform, personal effects, medals and fine art.