Visual Perspectives and Narratives features a diverse range of unique material from the unparalleled holdings of Imperial War Museums. Through various visual and documentary resources, such as official and personal photographs, manuscripts, rare printed material, artwork, objects and film, this profound collection presents international perspectives
on the conflict, the Home Front, the role of women during the war, and much more.

The wide array of document types and topics covered provides a firm foundation for study and research, offering students and scholars an unsurpassed resource on multiple aspects of the Great War. 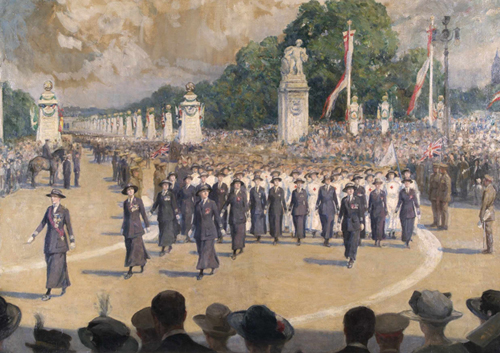 A variety of document types include:

A wealth of secondary sources supplements the rich primary material, including:

Imperial War Museums is unique in its coverage of conflicts, especially those involving Britain and the Commonwealth, from the First World War to the present day. It seeks to provide for, and to encourage, the study and understanding of the history of modern war and 'wartime experience'.

Imperial War Museums is a family of five museums: IWM London; IWM North in Trafford, Greater Manchester; IWM Duxford near Cambridge; the Churchill War Rooms in Whitehall, London; and the historic ship HMS Belfast, moored in the Pool of London on the River Thames.

We would like to thank the staff at IWM for their support and guidance throughout the project process.

* Please note: If you have purchased Module 3 only, you will not have access to Module 1 and Module 2 documents and primary source links within the secondary contextual material.